Bill and I really enjoyed Pfäffingen and the whole Ammerbuch kreis and we were kind of hoping to move back down there with this tour.  As it turned out, we moved to Jettingen, which is not too far at all from our old stomping grounds, though it is-- just barely-- in the Böblingen kreis.

Last night, Bill asked me what I wanted to do for dinner.  We are still waiting for our furniture, so we have to eat standing up.  We have very limited refrigeration space and few cooking utensils.  And I have been cooped up in our new house in the country all week and was ready to have a little fun.  I said, "Why don't we go visit the Mad Scientist?"

Naturally, that's not the actual name of the restaurant I was wanting to patronize.  The Mad Scientist is just a nick name we used to call the proprietor of Agais, a Greek restaurant in Entringen where we used to eat quite frequently.  We call him that because he has wild, curly hair and a personality to match.

Prior to last night, it had been about five years since our last visit and we were itching to go back and see if our favorite Greek place was still operational.  Moreover, it's just plain beautiful near Entringen, which, as it turns out, is only a short drive from where we live now.

Bill was agreeable, so we changed clothes and hung around the house for a few minutes until our dogs quit protesting our absence (they get a little upset when we leave them).  To be honest, I was a little worried Agais might have closed, but it was lit up brightly last night and when we entered the place, it was just as we remembered it.

The Mad Scientist was there, looking a little grayer and moving slightly slower.  He offered us a table, then did a double take.  He said, "I remember you!  You are back in Germany?"

Bill explained that he retired from the Army and now works for the Army as a civilian contractor.  Our host was delighted.  I'm sure he enjoyed having us as customers because we used to be pretty regular patrons.  I was glad to see his restaurant was doing a brisk business with several tables occupied.  The man's son, who was a gangly teen the last time we saw him, is now a poised, friendly young man who was helping serve everyone and obviously knows the business. 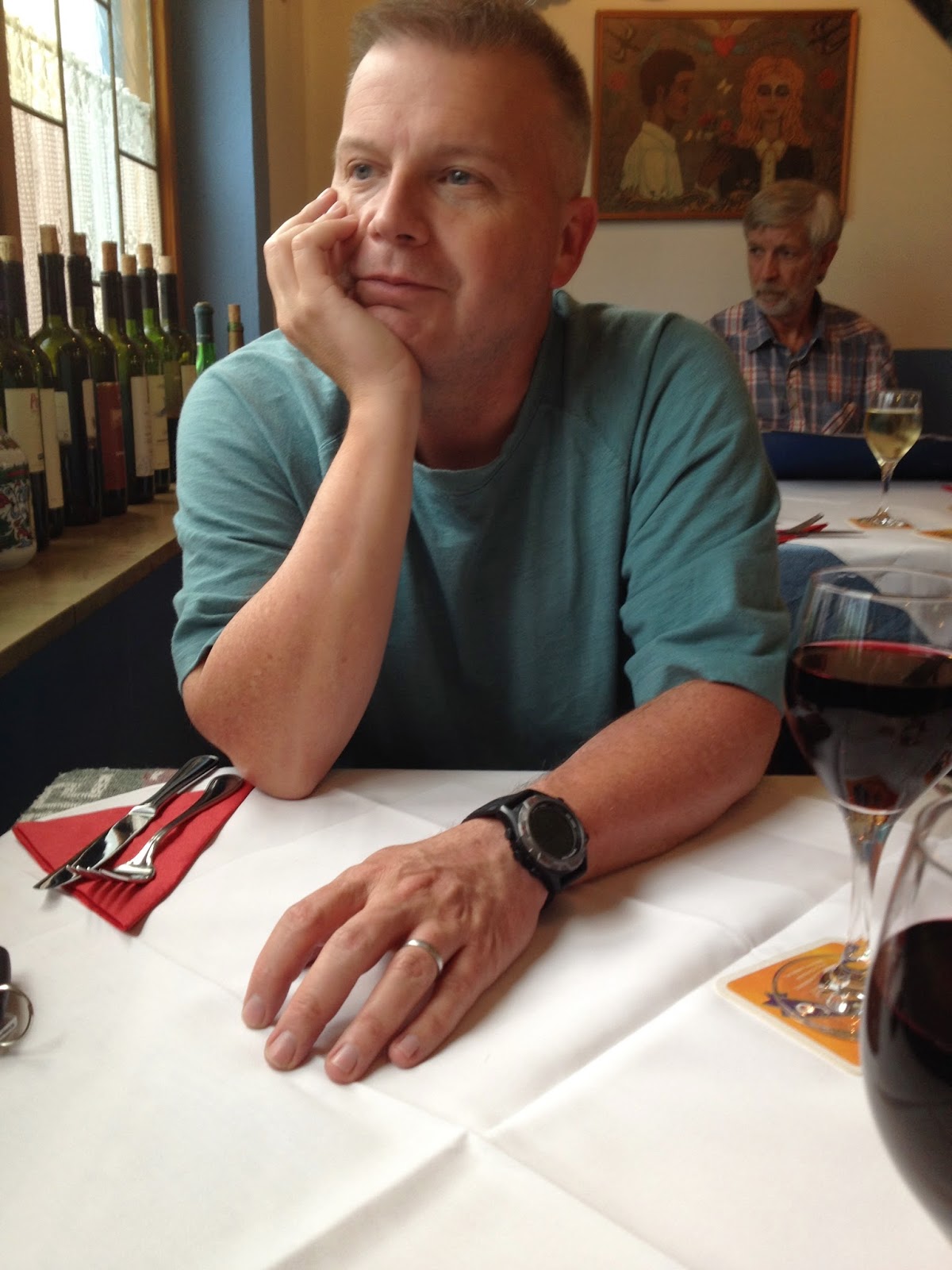 Bill and I enjoy a glass of Nemea, a dry Greek wine, before dinner.  I noticed the proprietor's wife, who is the cook, in the back.  She gave us a big smile and looked like she hadn't aged at all in the past five years. 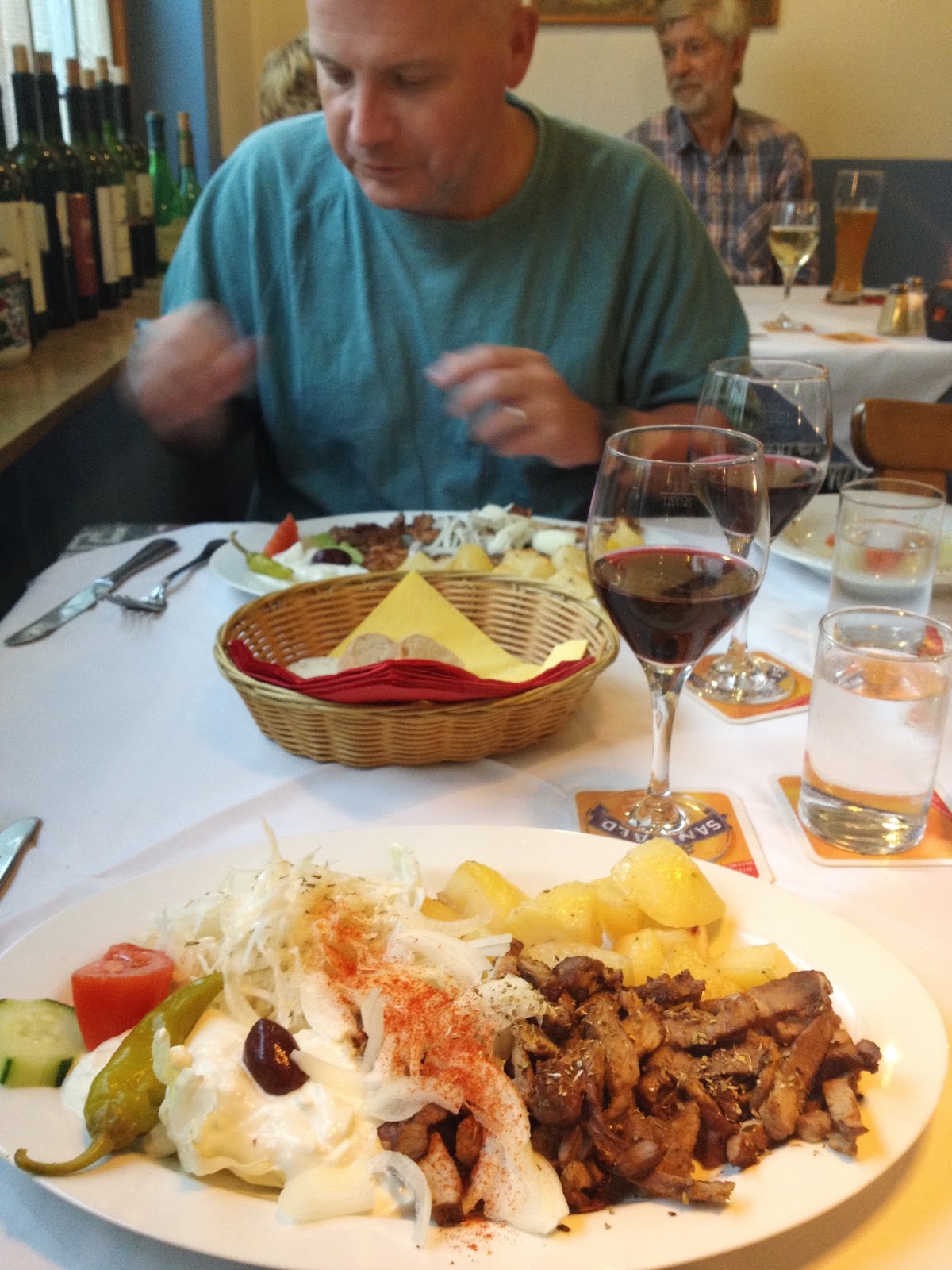 I had my old favorite, the gyros platter, with potatoes, tzatziki, and a small salad.  Bill had souvlaki.  Afterwards, we enjoyed ouzo and eucalyptus bon bons.  Sometimes he also serves pistachio nuts, though he didn't last night.  The bill came to just under 50 euros. 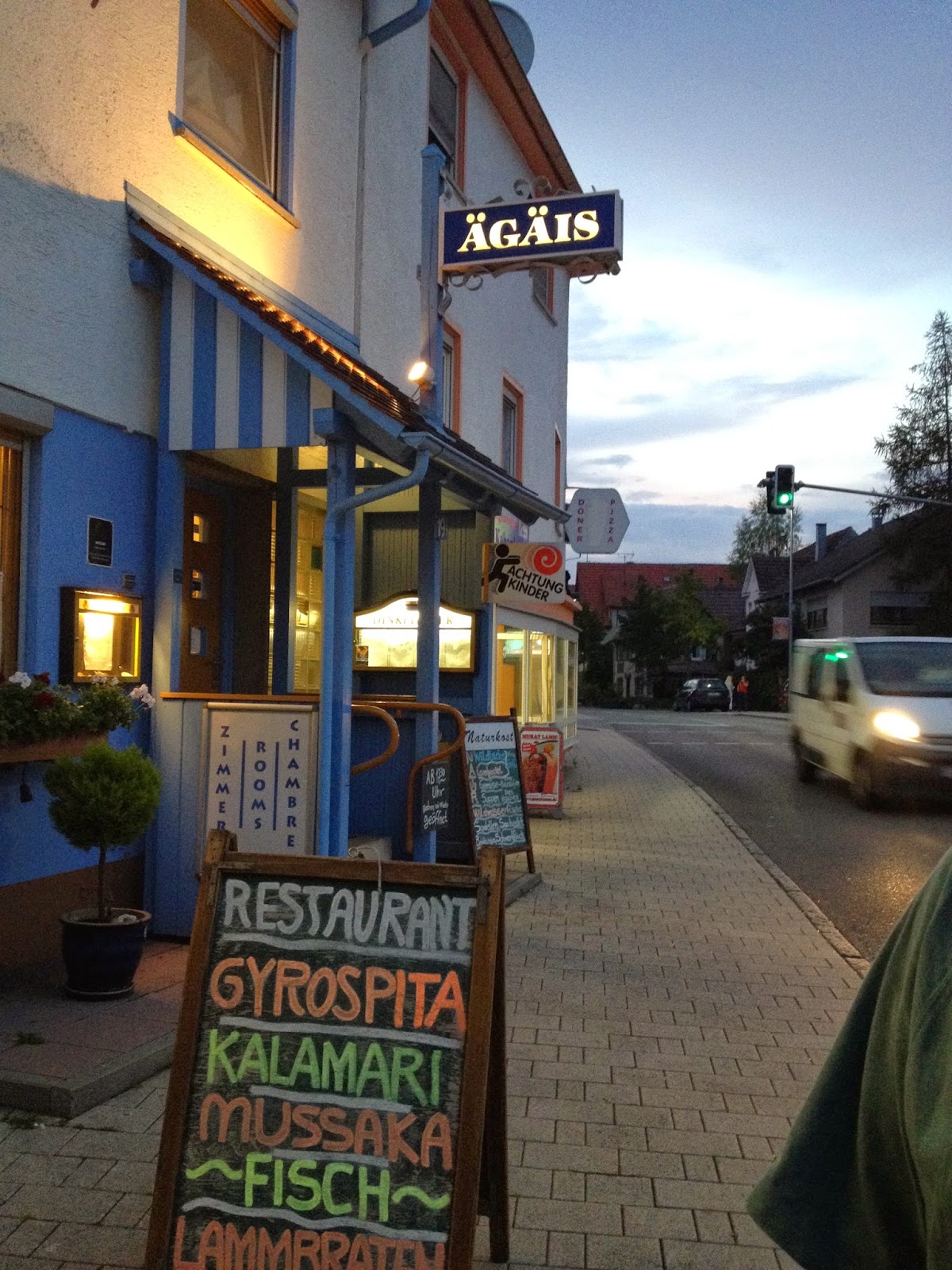 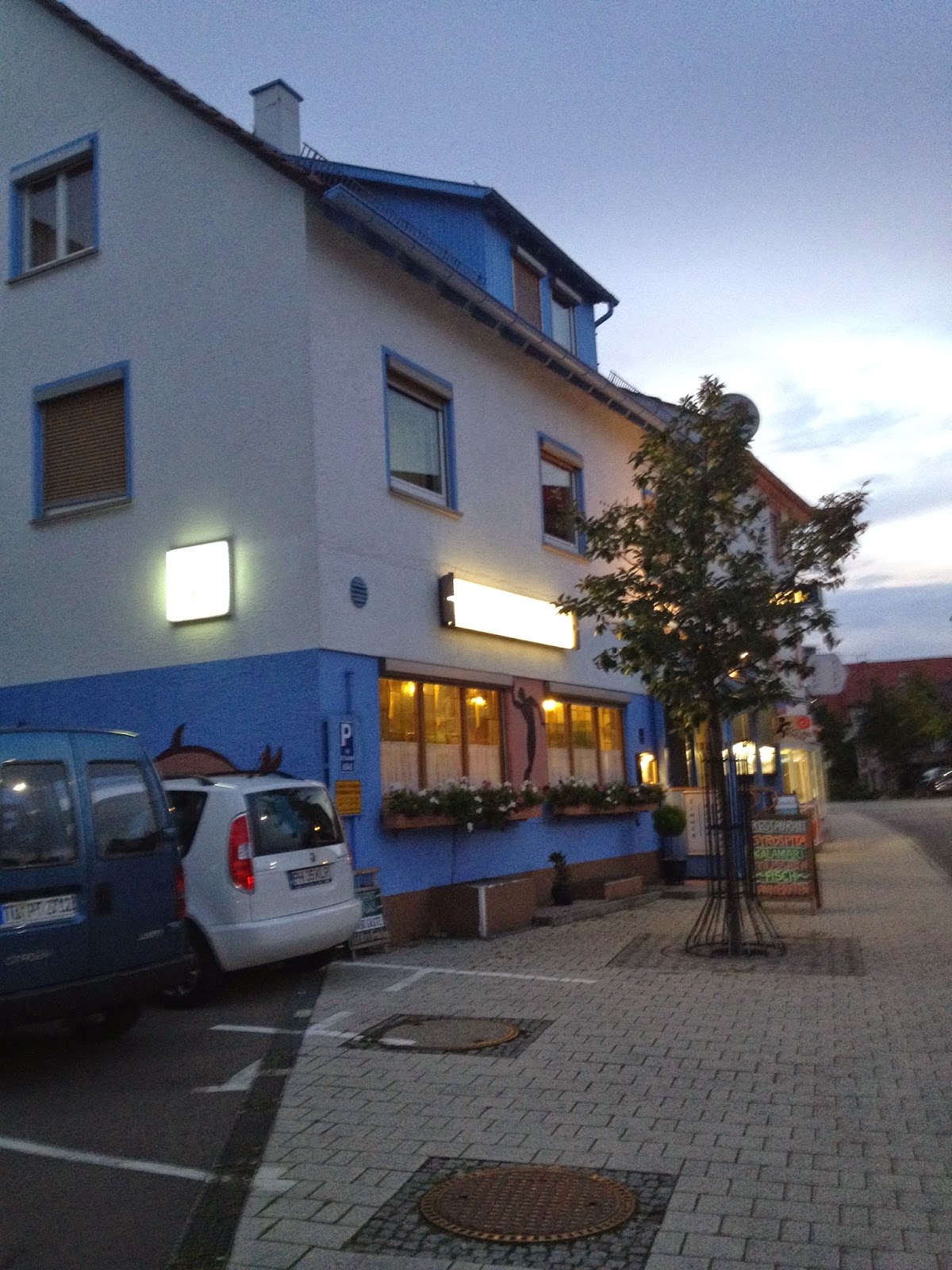 We didn't get much of a chance to talk to the Mad Scientist last night because he was pretty busy with his tables.  But when we got up to leave, he said he was glad we were there and he hoped we'd be back as he'd been wondering how we were doing.  I told him we would come back to see him again soon.  He advised us that he now only does lunch on Sunday, though he's open for dinner from 5:30pm.  There's plenty of parking near his place, which also has a garden area for those who like to eat al fresco.

Though the food is good, it's not so much the food that I like best about Agais; it's the company.  The Mad Scientist is a very charming guy who, if he knows you, will go out of his way to show you a good time.  Last time we were in Germany, we brought several of our houseguests to his restaurant and they always left it impressed and entertained.

Anyway, it's good to know he's still in business and still remembers us, even after five years.  While we no longer live two kilometers from his restaurant, we are close enough to visit often and we very likely will.
Posted by knotty at 7:41 AM