Another trip to Tubingen! 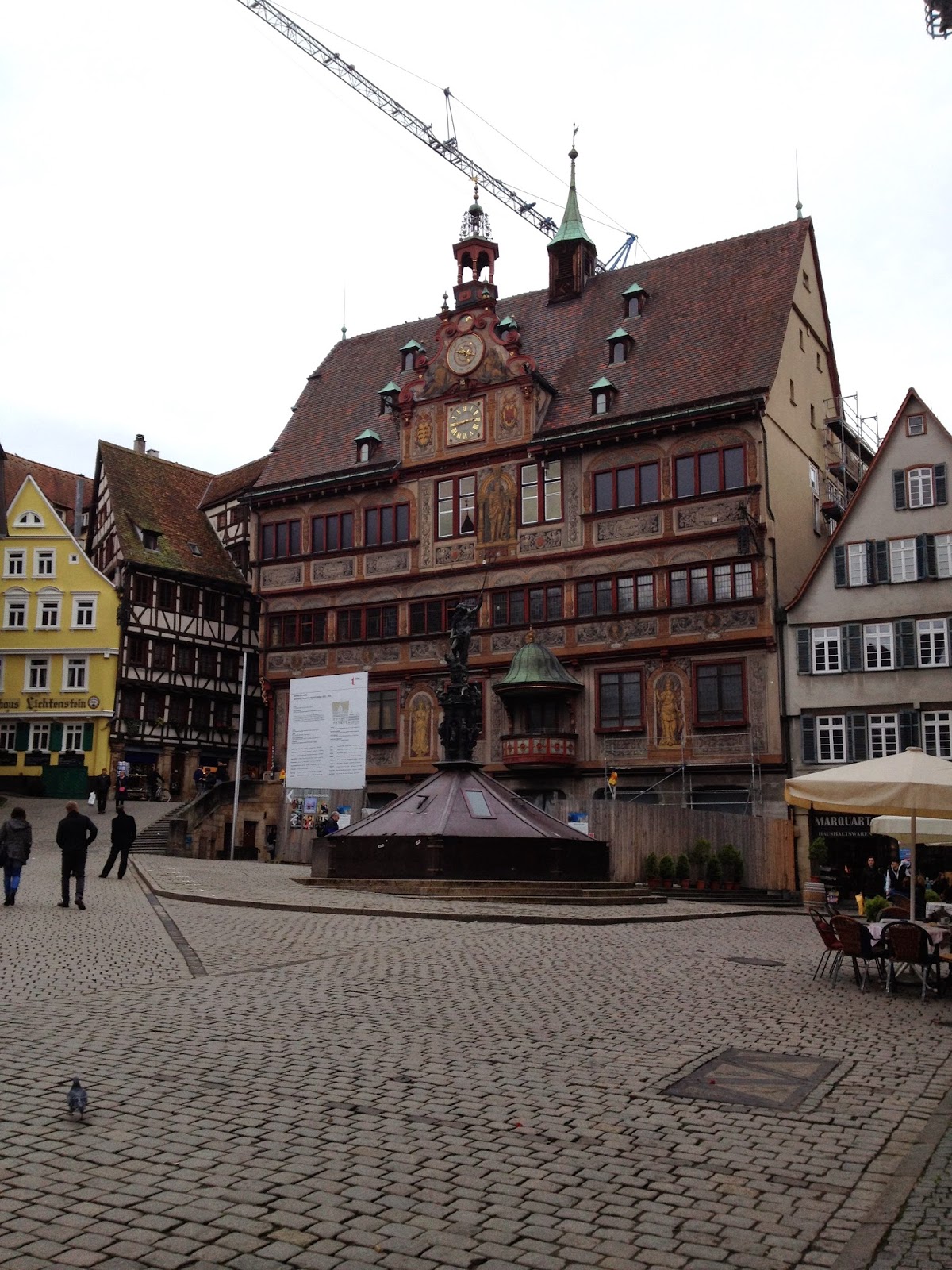 I always love the square!

Bill and I decided to go to Tubingen yesterday because we wanted to stop by Vinum and look for some new glassware.  We didn't end up getting glasses, but we did have a great time tasting and buying some wines and picking up Belgian beers.  Adding to the fun was a small group of Russian buskers who were playing beautiful classical music on brass instruments.  They were also selling CDs.  We probably should have bought one, since I love to support musicians.  We ended up going to the LUSH store instead, where we were talked into buying some shower gel and lotion.  That was the first time we had ever been to LUSH, though that store was there when we lived here last time.  You can smell it before you see it.

I love visiting Tubingen.  It's such a neat town! 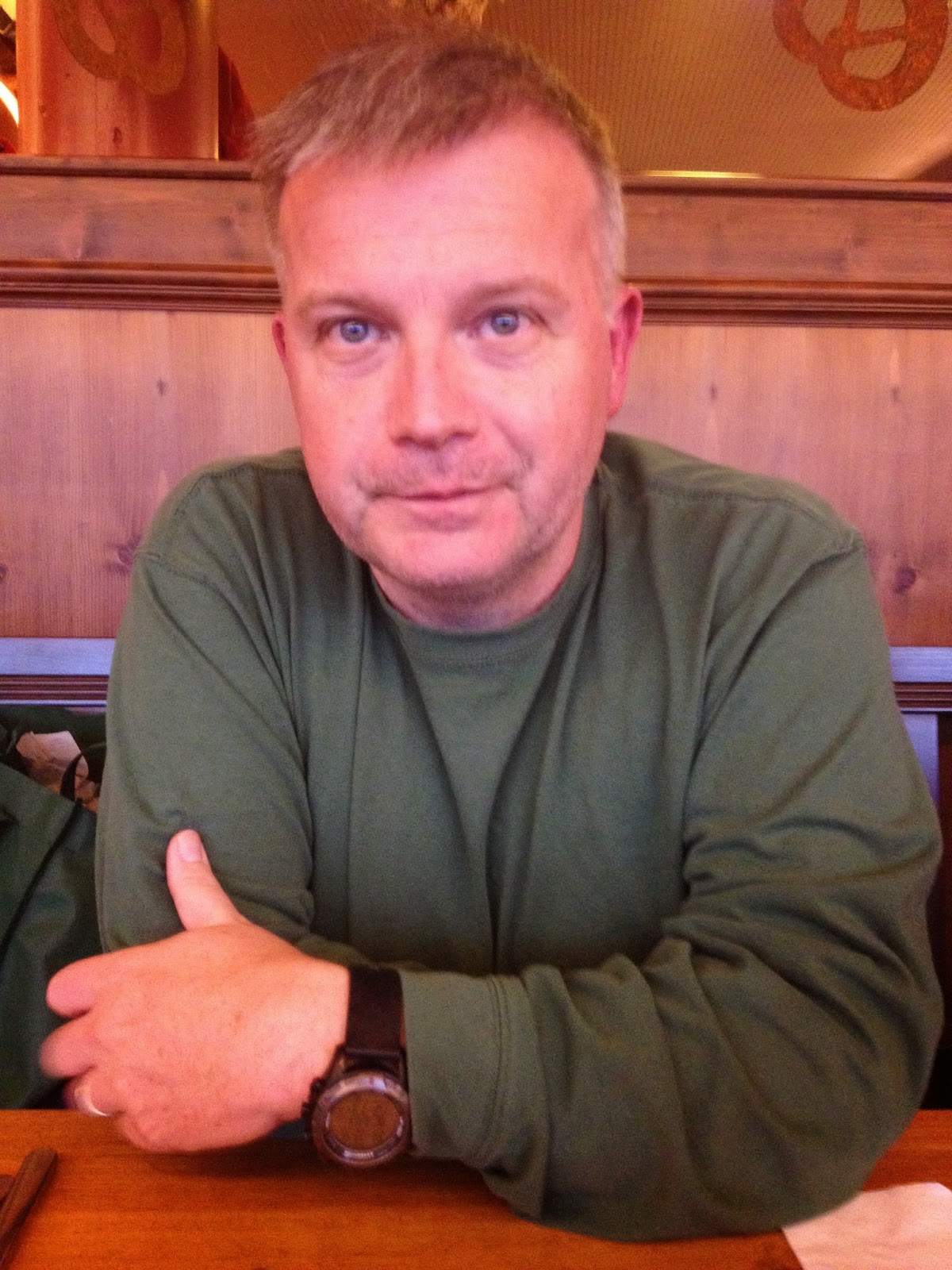 Bill waiting for service at Neckarmuller...

We had a late lunch at Neckarmuller, which is a very cool brewery restaurant.  In the warmer months, they have a nice biergarten.  Yesterday, it was dark and rainy, so there were many people inside having lunch.  We ended up squeezed between two tables of Germans who seemed baffled as to why Americans were having lunch in Tubingen.  Our waiter was very charming and funny, though. 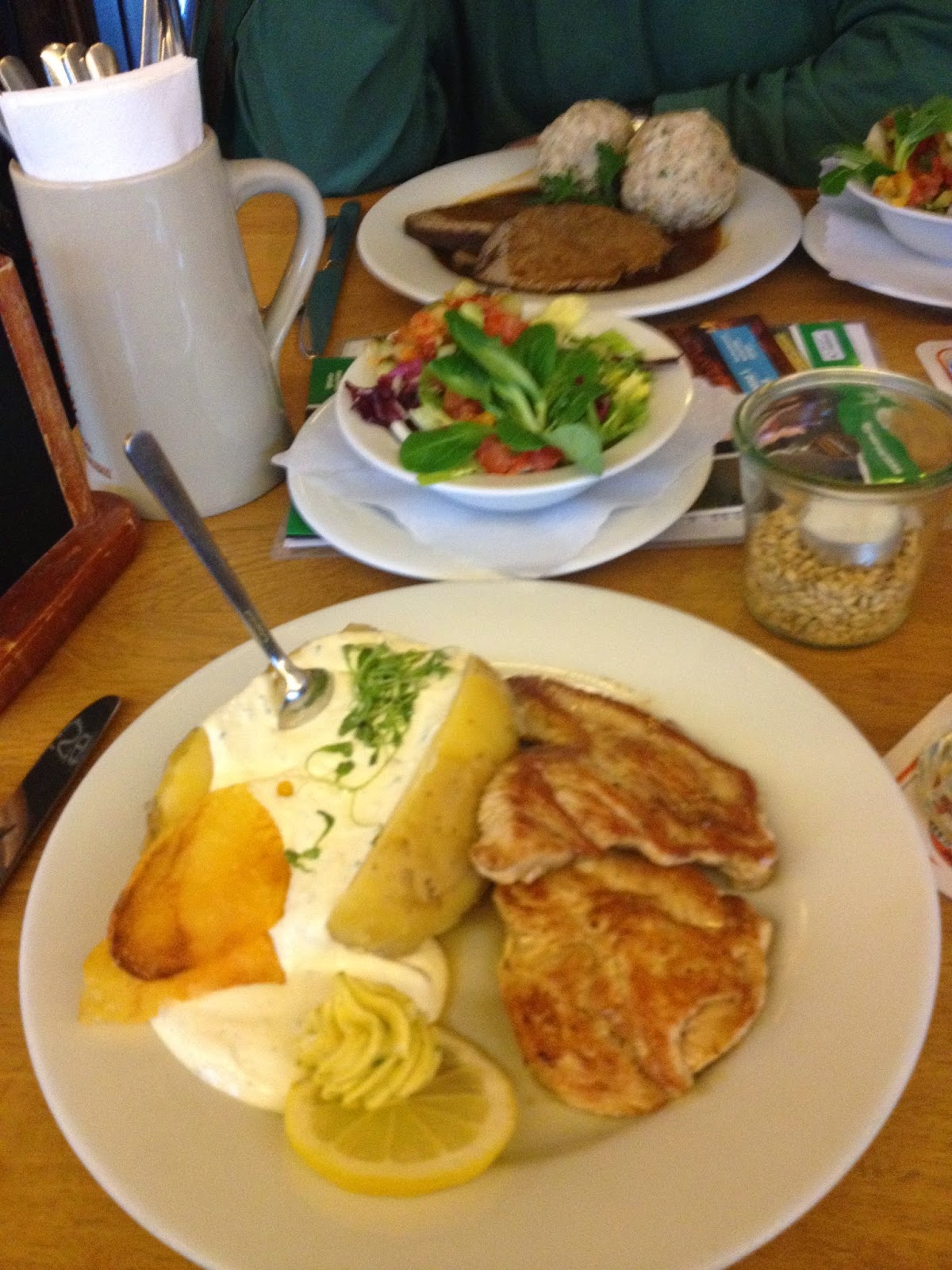 I had turkey with a baked potato served with garlic sour cream and butter.  There was also a very nice salad.  Bill had beer roasted beef served with gravy and pretzel dumplings.  Naturally, we enjoyed beers too!  I couldn't even come close to finishing all of this. 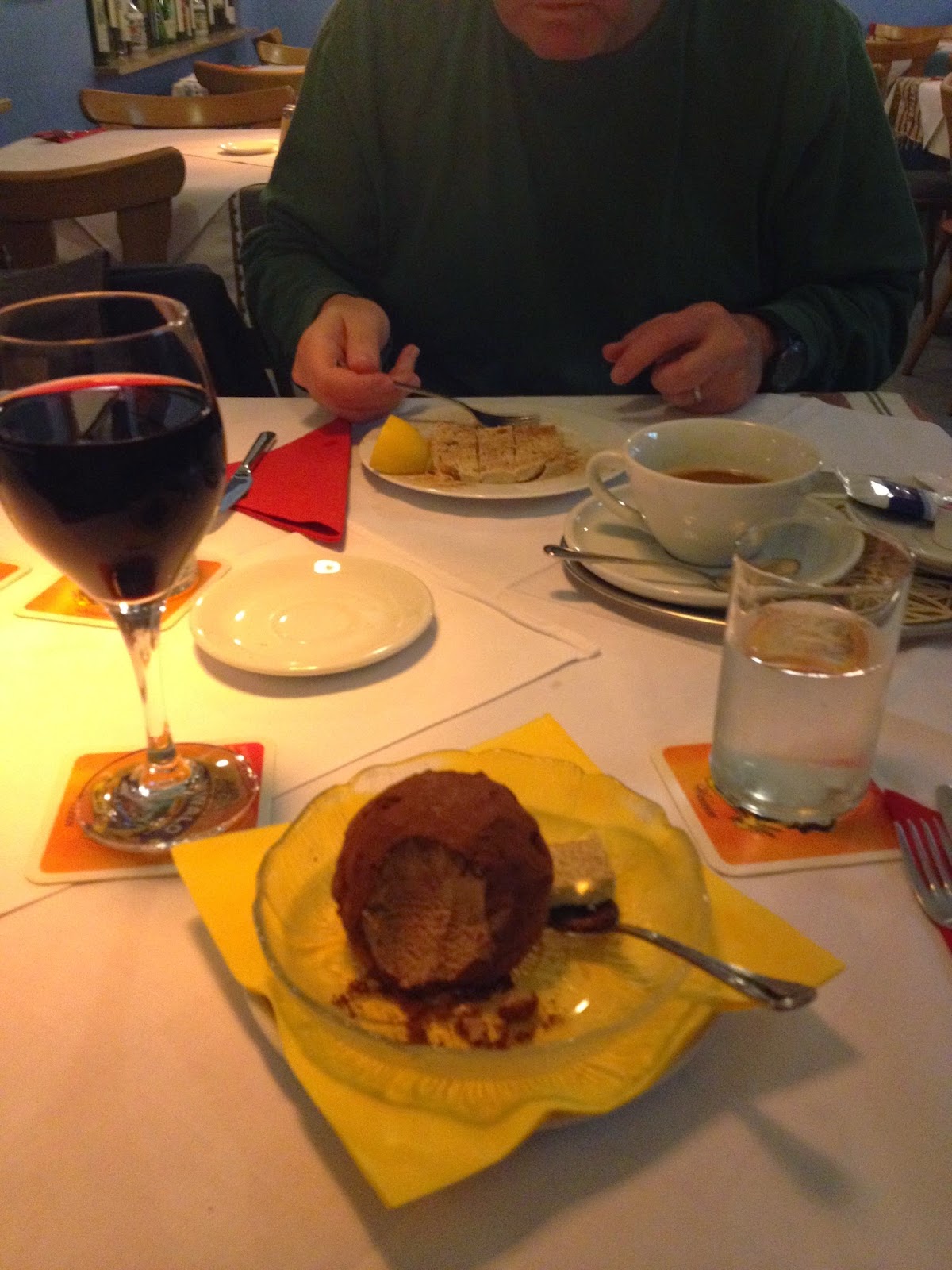 On the way home, we stopped by Agais in Entringen for dessert.  I must admit, part of the reason we stopped was because I really needed to relieve myself after drinking beer.  But it was fun to talk to the Mad Scientist, too.  We were his only customers.  I made him smile when I noticed a piece of artwork on the wall that depicted a man and a woman.  I asked if it was him in the art and he said it was him and his "first love".  Then he showed us a picture of him bare chested and standing by a boat in 1980.  He had just caught a huge swordfish.

If we hadn't have been so full, we would have had dinner, but he ended up making 30 euros off of us anyway.  We came home, hung out, and went to bed... and today, we are celebrating our 12th wedding anniversary!